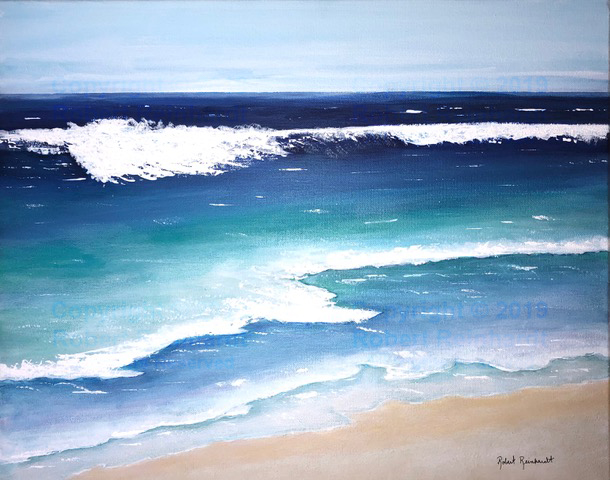 Robert Reinhardt was born in Madison, Wisconsin in 1955. Growing up in a military family, he was on the move throughout the United States for the first 13 years of his life. While moving during his formative years was often difficult and challenging, as an adult he learned to view these diverse experiences as an advantage, which has had a profound effect on the way he views the world. This is reflected in all aspects of his artwork.

While in middle school Robert was awarded a scholarship to the Art Institute of Chicago, where he studied Art History, Composition, Drawing, Pastels, Watercolor and Oil painting techniques. During high school, he added Drafting and Photography to his art studies. In college, he studied Philosophy, Computer Science and Electronics, which prepared him for his professional career in Logistics and Information Technology. During his career he continued his interest in art. It was not until Robert had the good fortune to retire in 2016 that his passion for art was rekindled.

Robert was juried into the Palos Verdes Art Center’s Peninsula Artists’ Group and is serving as the group photographer. He has had many special mentors in his life, including family, friends and local artists that have influenced his personal and professional ambitions.

Robert is currently enjoying his passion for photography and painting, showing his work in select galleries and local art exhibitions.

Share this:
Robert Reinhardt was a participating artist in the 2019 Rejoice in Art! Fair