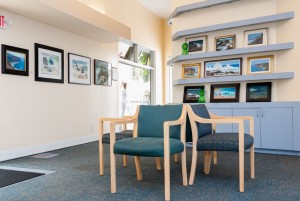 Our 2019 national fine art exhibition  “For the Beauty of the Earth” featured 90 original fine art paintings.

Congratulations to the award winners.

It is a beautiful show, and every painting juried in is already a winner. A special thank you goes to our juror, Barbara Jaenicke, and our judge, Desmond O’Hagan, for their part in making this a top-notch exhibition. A huge thank you also goes to our sponsors for their contributions of cash and product prizes for our 2019 awards. 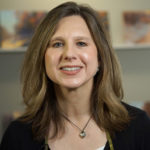 Barbara Jaenicke (pronounced JAN-i-kee) loved to draw and paint as a teenager and desired at an early age to pursue a career of some sort in the art world. She received a Bachelor of Arts degree in 1986 from The College of New Jersey (formerly Trenton State College), majoring in Art with an emphasis in Advertising and Design, while also studying fine art outside of her college studies. Her early career was spent in advertising as an art director, then later in a corporate marketing communications role. In 2002, she was able to turn her focus to a career in fine art, pursuing it full steam ahead, and continues to do so with stubborn determination. 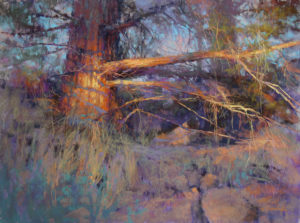 Barbara works in oil and pastel, and strives to capture light-filled landscapes in an impressionist style. She holds Signature Memberships in the Oil Painters of America (OPA) and American Impressionist Society (AIS), and has earned the distinctions of Master Pastelist in the Pastel Society of America (PSA) and Eminent Pastelist in the International Association of Pastel Societies (IAPS). Her award highlights include 2nd Place in the 2018 AIS National Juried Show, Plein Air Magazine’s Plein Air Salon competition wins in August/September 2017 (Best Water) and April/May 2014 (2nd Place), multiple BoldBrush awards including Best of Show in March 2015, and the People’s Choice award in the 2014 AIS Juried Exhibition. She has been featured in Southwest Art Magazine (October 2018), Plein Air Magazine (September 2018), Fine Art Connoisseur’s “Three to Watch” column (February 2018), Southwest Art’s “Artists to Watch” column (January 2017), and her work has been published numerous times in the Pastel Journal.

Barbara is a popular workshop instructor throughout the US, teaching between 8-12 workshops coast to coast each year. After living in the Atlanta, Georgia area for 23 years, Barbara and her husband and son relocated in May of 2015 to Bend, Oregon. Primarily a landscape painter, she’s excited to now explore and paint the spectacular scenery of central Oregon and the Pacific Northwest. 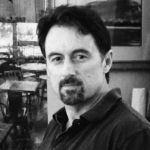 Desmond O’Hagan was born in Wiesbaden, Germany, and was raised in the United States. He enjoys working in several media, but his primary focus is in pastels and oils. Although he appreciates many different forms of art, his main interests include the paintings of several late 19th century American, French, Spanish, and Russian painters. 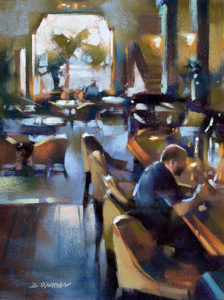 O’Hagan is an Eminent Pastelist with the International Association of Pastel Societies. He is listed in Who’s Who in American Art and is a Master Pastelist with the Pastel Society of America. In 2005, he was inducted into the International Association of Pastel Societies’ (IAPS) “Masters Circle.” O’Hagan has won several awards in national and international exhibits including IAPS convention exhibit’s Prix’d Pastel Award, “Southwest Art” magazine’s Award of Excellence at the “Altitude & Attitude” Exhibition in Denver, CO. He has also won the George Innes, Jr. Memorial Award from the Salmagundi Club in New York City, and awards from the Pastel Society of America’s annual exhibits (Mrs. Pearl Kalikow Award, Hudson Valley Art Association Award, and Connecticut Pastel Society Award)

“For the Beauty of the Earth 2019” is part of Riviera UMC’s Rejoice in Art! Fine Art Fair and Exhibition. Contact us for additional information.