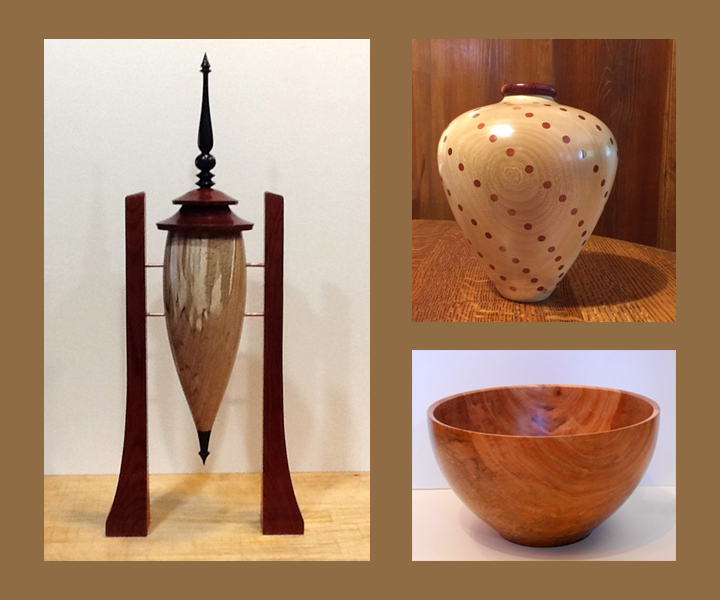 I was about 10 years old when I realized that I liked working with my hands. My dad started an addition to our house, a project that would last several years. I started helping him build a retaining wall, mostly digging and mixing mortar. By age 12, I was using a Skillsaw and never looked back.

I became a carpenter and had my own business for nearly 20 years. I worked mostly in custom homes, hanging doors and installing crown molding, building fireplace mantles and staircases. I purchased my first lathe nearly 30 years ago and only used it a few times to make table legs for jobs I had contracted.

I became serious about woodturning about 10 years ago. Most of my first works were segmented because I didn’t know where to find large pieces of dried wood for turning. It never occurred to me to just grab a chunk of a cut down tree! So I cut and glued until I had a bowl blank. I still very much enjoy the challenge of segmented work but I really like working with solid wood which presents its own set of challenges.

I use a wide variety of woods in my work. Some are very dark like Ebony, and others, like Maple and Birch, can be very light in color. There are also woods that are red, brown, pink, yellow and have various colors and shades. I like to use woods that contrast (light and dark), as well as woods that have a strong grain pattern, because that can greatly enhance the aesthetics of a piece.

I prefer to think of myself as more of an artisan than an artist. While the things I make require creativity and imagination, they also require a great deal of skill and knowledge of wood, tools and machinery, without which the creativity cannot happen. 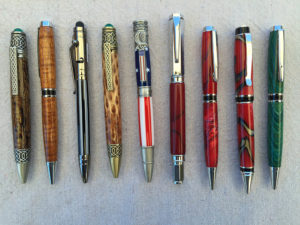 Share this:
Steve Abshear was a participating artist in the 2017 Rejoice in Art! Fair